IMDb: 7.21996112 min634 views
A killer known as Ghostface begins killing off teenagers, and as the body count begins rising, one girl and her friends find themselves contemplating the 'rules' of horror films as they find themselves living in a real-life one.
CrimeHorrorMystery 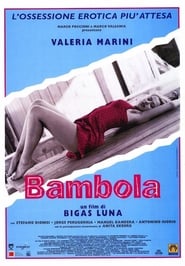 IMDb: 4.6199695 min646 views
Her name is Mina, but she is called Bambola (doll). Upon the death of her mother, she and her homosexual brother, Flavio, open a pizzeria. A man named Ugo loans Bambola the money, but is then killed in a fight with another one of her boyfriends, Settimio. While visiting Settimio in jail, she meets a sadistic man named Furio, and ...
ComedyDrama

IMDb: 7.11996110 min681 views
When Ethan Hunt, the leader of a crack espionage team whose perilous operation has gone awry with no explanation, discovers that a mole has penetrated the CIA, he's surprised to learn that he's the No. 1 suspect. To clear his name, Hunt now must ferret out the real double agent and, in the process, even the score.
ActionAdventureThriller

IMDb: 6.4199681 min212 views
Legendary secrets are revealed as Aladdin and his friends—Jasmine, Abu, Carpet and, of course, the always entertaining Genie—face all sorts of terrifying threats and make some exciting last-minute escapes pursuing the King Of Thieves and his villainous crew.
AdventureAnimationFamily

IMDb: 7.21996108 min374 views
Seth Gecko and his younger brother Richard are on the run after a bloody bank robbery in Texas. They escape across the border into Mexico and will be home-free the next morning, when they pay off the local kingpin. They just have to survive 'from dusk till dawn' at the rendezvous point, which turns out to be a Hell of ...
ActionCrimeHorrorThriller 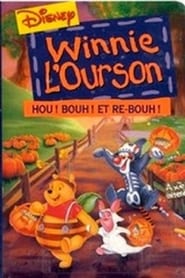 Boo to You Too! Winnie the Pooh

Boo to You Too! Winnie the Pooh

IMDb: 7.5199621 min242 views
It is Halloween in the Hundred Acre Wood, and while Tigger is excited at the prospect of being scared this Halloween, Piglet is too afraid to take part in the festivities. After wreaking havoc in Rabbit's garden of pumpkins, and as nightfall brings a thunderstorm, the terrified Piglet retreats to his home, declaring he will not join Winnie the Pooh, ...