IMDb: 6.2 2003 88 min 304 views
A lowly pencil pusher working for MI7, Johnny English is suddenly promoted to super spy after Agent One is assassinated and every other agent is blown up at his funeral. When billionaire entrepreneur, Pascal Sauvage sponsors the exhibition of the Crown Jewels and the valuable gems disappear on the opening night and on English's watch, the newly designated agent must ...
ActionAdventureComedy 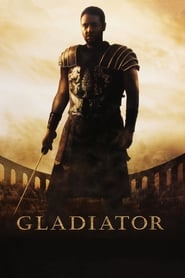 IMDb: 8.5 2000 171 min 273 views
In the year 180, the death of emperor Marcus Aurelius throws the Roman Empire into chaos. Maximus is one of the Roman army's most capable and trusted generals and a key advisor to the emperor. As Marcus' devious son Commodus ascends to the throne, Maximus is set to be executed. He escapes but is captured by slave traders. Renamed Spaniard ...
ActionAdventureDrama