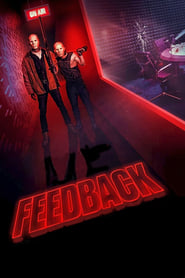 IMDb: 5.8 2019 97 min 541 views
A radio host is kidnapped on air and forced to tell secrets about his past.
HorrorThriller

IMDb: 5.3 2018 116 min 539 views
A war-hardened Crusader and his Moorish commander mount an audacious revolt against the corrupt English crown.
ActionAdventureThriller

IMDb: 8.0 2015 157 min 1099 views
The Revenant, In the 1820s a frontiersman, Hugh Glass, sets out on a path of vengeance against those who left him for dead after a bear mauling.
AdventureDramaWestern

IMDb: 6.9 2015 122 min 610 views
In the Heart of the Sea, In the winter of 1820, the New England whaling ship Essex was assaulted by something no one could believe: a whale of mammoth size and will, and an almost human sense of vengeance. The real-life maritime disaster would inspire Herman Melville’s Moby Dick.  But that told only half the story.  “Heart of the Sea” ...
ActionAdventureDramaHistoryThriller

IMDb: 8.6 2013 920 views
A gangster family epic set in 1919 Birmingham, England and centered on a gang who sew razor blades in the peaks of their caps, and their fierce boss Tommy Shelby, who means to move up in the world.
CrimeDrama