2019107 min666 views
Following the death of his wife, Ip Man travels to San Francisco to ease tensions between the local kung fu masters and his star student, Bruce Lee, while searching for a better future for his son.
ActionDramaHistory

IMDb: 7.12015105 min534 views
When a band of brutal gangsters led by a crooked property developer make a play to take over the city, Master Ip is forced to take a stand.
ActionDramaHistory 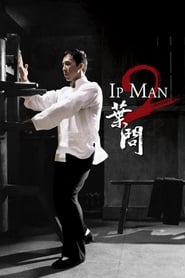