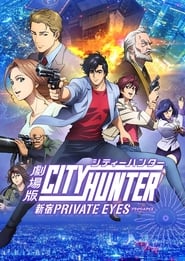 IMDb: 7.4 2019 95 min 480 views
Ryo Saeba works the streets of Tokyo as the City Hunter. He's a "sweeper" and with his sidekick Kaori Makimura, he keeps the city clean. People hire the City Hunter to solve their dangerous problems, which he does with a Colt Python. When Ryo's not working on a case, he's working on getting the ladies, and Kaori must keep him ...
ActionAnimationComedyCrime

IMDb: 5.6 2018 85 min 631 views
Batman, Gorilla Grodd's time displacement machine transports many of Batman's worst enemies to feudal Japan, along with the Dark Knight and a few of his allies.
ActionAnimation 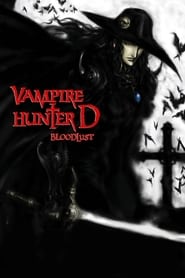 IMDb: 7.7 2000 103 min 681 views
D has been hired to track down Meier Link, a notoriously powerful vampire who has abducted a woman, Charlotte Elbourne. D's orders are strict - find Charlotte, at any cost. For the first time, D faces serious competition. The Markus Brothers, a family of Vampire Hunters, were hired for the same bounty. D Must intercept Meier and conquer hostile forces ...
ActionAnimationFantasyHorror