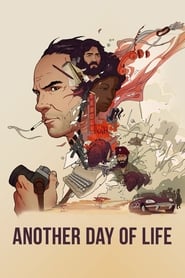 IMDb: 7.3 2018 86 min 246 views
In 1975, Ryszard Kapuściński, a veteran Polish columnist, set out on an apparently self-destructive excursion into the core of the Angola's affable war. There, he saw indeed the filthy truth of war and found a feeling of defenselessness already obscure to him. Angola transformed him perpetually: it was a correspondent who left Poland, however, it was an author who returned.
AnimationDocumentaryHistory